With the development of the economy, cars have become more and more popular, but anyone who owns a car knows that cars sometimes suddenly stop working. The problem of car flameout is the most common and headache for car owners. The cause of flameout is related to many aspects, such as throttle blockage, oil blockage, bad ignition system, and so on. It will be of great use to understand the cause and solution of car flameout. This article will discuss the possible causes of a car’s sudden stalling and what a car owner should do. 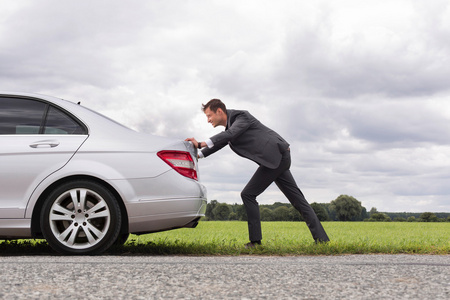 Car carbon caused by the fault is the most common, the harm is relatively large. It is suggested that the car owners should do the disassembly cleaning of the intake system every 20,000 to 40,000 kilometers under the condition that the conventional maintenance is satisfied. That is, on the premise that the engine does not disintegrate, the special method of special equipment is used to clear the carbon deposition of the inlet, valve, oil path, and other parts of the vehicle that are easy to form carbon deposition. For example, AUTOOL HTS558, which can effectively remove the carbon accumulation of automobiles, is the advanced equipment for cleaning the carbon accumulation of engine intake in the current market.

3. Timing belt fracture. Timing belt control piston and valve can be a very good match, the piston in what position, the valve should open or close, can work orderly. When the timing belt breaks, the car will work in disorder. The piston may come up, just as the valve also opened, then the two collide and cause failure.

Therefore, it is usually necessary to check whether the timing belt is normal. Specifically, you can see the previous article: DON’t CHANGE THE ENGINE TIMING BELT IF IT DOESN’t BREAK? Learn more about timing belt maintenance and inspection knowledge.

4. Oil supply failure, generally gasoline pump damage, unable to pump oil. Gasoline pump life is long, so the damage generally occurs in the old car, some car parked when they are broken, leading to fire, some are broken in the driving.

6. The car is not used for a long time. In addition to the above reasons, the vehicle may also stall because of lubrication or electrical problems caused by long-term parking. If the parking time is long, you should do thorough maintenance before re-use, such as changing the oil, machine filter, etc., and check the fuel, circuit, etc.